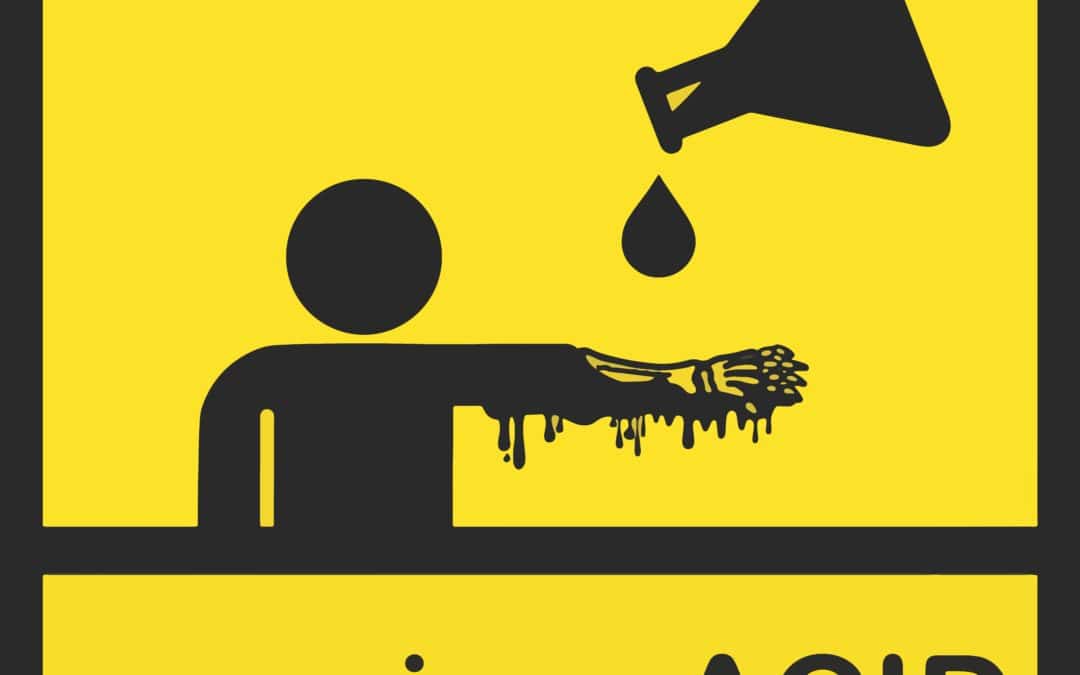 The UK has one of the highest recorded rates of violent acid attacks in the world. This is according to statistics from London’s Metropolitan Police.
The Mirror refers that between January 2015 until May 2018, there were a total of 2,602 attacks in our country. This stat is even more frightening considering that many victims don’t denounce these crimes. An Essex-based study found that only 9 in 21 of them sought criminal charges against their attackers.
Furthermore, a breakdown of every recorded acid attack over a 15-year period by age, gender, ethnicity, borough, hate crime and outcome shows the following:
– in 74% of incidents the suspect was male and the victim was male in 67% of the time
– four out of five violent offences never reached trial.

Acid attacks on the rise

Acid attacks are a particularly cruel crime that targets a person’s identity and self-image.
Unfortunately, the findings also show after a 10-year decline, there was a sudden surge in violent corrosive attacks between 2012 and 2017. During this period attacks increased by more than 500%. In fact, just 73 were recorded in 2012. However, four years later, they reached a high of 469.

But the true number may be more than 700, according to charity Acid Survivors Trust International.

According to the Met Police, 465 were recorded in London alone in 2017.

The increase in these acid attacks are believed to be fuelled by gangs. The gangs switch from using knives and guns to try to avoid tougher sentences if caught. A freedom of information request  has shown that since 2012, 86% of acid attack victims didn’t have any relationship with their perpetrator. 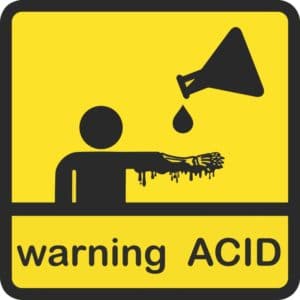 NHS England in partnership with the British Association of Plastic, Reconstructive and Aesthetic Surgeons (BAPRAS), have released guidance as to the best way to treat someone who has had some form of corrosive substance thrown at them as part of an acid attack. They have shown how immediate and appropriate first aid treatment make a dramatic difference to the amount of pain, suffering and long term scarring experienced by the casualty.

Acids can cause chemical burns . However, very alkaline substances can be used too.

The burn can continue to cause damage for many hours after contact with the irritant. Treatment should be immediate irrigation for at least 20 minutes.

Treatment overview: here’s how to respond:

It is important to report the crime and call 999 immediately.
Put the phone on speaker or ask someone else to call so you don’t delay giving immediate First Aid.
You should swiftly and very carefully remove contaminated clothing or jewellery.
Then, you should rinse the affected skin under copious amounts of running water .
You should give priority to flushing the eyes and face (and the airway if affected) first.
A bottle of water is insufficient. You will need a lot of water, ideally from a tap, hosepipe or shower.
Use tap or bottled water. Or, wherever possible, use Hartmann’s or Normal Saline solutions.
Paramedics should then  transport the victims to hospital as soon as possible.

Ensure you don’t pull clothing that has stuck to the skin and contaminate yourself.
Protect yourself from being injured by the corrosive substance.
Wear gloves and protect yourself from contamination
If you see someone exposed to acid, avoid the urge to brush it off with your hands, or you’ll end up burned yourself.
The substance may be in powder form. If so, use a piece or clothing or similar to brush it off, using a piece of clothing to protect your skin.

“BAPRAS surgeons specialising in burns and trauma have seen first-hand the devastating impact on patients admitted to A&E after vicious corrosive substance attacks. They cause severe pain, scarring which can be life-long, and can damage the sight, sometimes leading to blindness. Unfortunately these vindictive attacks are on the increase. “This guidance BAPRAS has published with NHS England gives the important, urgent steps a victim or witness can take to help reduce the immediate pain and damage, and long-term injuries.”

If you want to know more about this topic, we suggest you read this very well made Essential Guide to Acid Attacks by Working the Doors.

Posted by First Aid for Life on Friday, 1 September 2017

Written by Emma Hammett, CEO of First Aid for Life

First Aid for Life provides this information for guidance and it is not in any way a substitute for medical advice. First Aid for Life is not responsible or liable for any diagnosis made, or actions taken based on this information. We strongly recommend that you attend a First Aid course to understand what to do in a medical emergency. Book a first aid course now – the skills you learn could equip you with the knowledge to save your child’s life! https://www.firstaidforlife.org.uk First Aid for Life is a multi-award-winning fully regulated and Ofqual approved first aid training company. www.onlinefirstaid.com are the leading UK online first aid training providers to allow you to learn these vital skills when it suits you