Is air quality affecting your health? The facts you need to know. 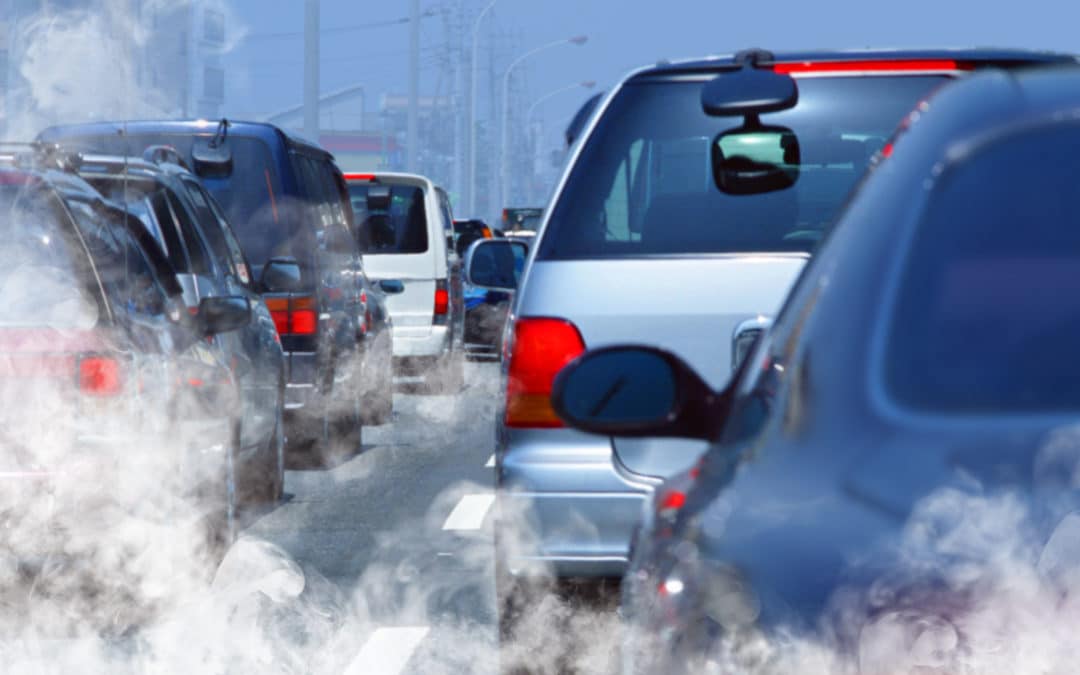 How safe is the air quality in our towns and cities and in our own homes and could it be adversely affecting our health? The quality of our air is important not just for the 5.4 million people in the UK who are currently receiving treatment for asthma, but for those concerned about the adverse affects of pollution on their health.

Central and local government are taking major steps to tackle this urgent health crisis, but there is more that needs to be done. Learn about the small but vital steps we can take ourselves to improve the quality of the air we breathe.

More than 90% of the global population is breathing in high levels of pollutants according to the World Health Organisation. The WHO also cites poor air quality as the cause of seven million deaths annually.

The cost to our health

Furthermore, poor air quality in London believed to be responsible for 40,000 early deaths each year. Plus it is estimated a Londoner’s life expectancy is reduced by as much as 16 months owing to the harmful effects of air pollution.

Where pollution comes from?

There are two main sources in cities: the first are industrial factories, refineries and power plants; the second is mobile sources of pollution such as planes trains, vans, buses and cars.

Pollution hotspots are created in areas with a high density of people, high emissions and long dwell time.

In cities, these hotspots commonly occur at transport hubs, outdoor eating and drinking areas and also in playgrounds and parks situated close to major roads. 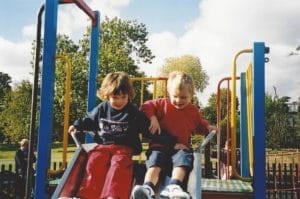 The Government’s recent clean air strategy aims to reduce the costs of air pollution to the UK by an estimated £1 billion every year by 2020.

The battle in the capital

In terms of public transport the aim is to introduce:

By the end of 2019: 12 low emission bus zones in some of London’s worst polluted hot spots

As of 2018: all new double-decker buses should now be hybrid, hydrogen or electric.

What is the ULEZ?

The recently launched (April 2019) Ultra Low Emission Zone is a measure designed to reduce air pollution in the city. Any vehicles driving in the ULEZ that fail to meet the new tighter emission standards must pay a daily charge to travel within the area. Most vehicles types such as cars are charged £12.50, with £100 fees for heavier vehicles such as lorries over 3.5 tonnes and coaches over 5 tonnes. This daily ULEZ charge is in addition to the weekday Congestion Charge and operates for a 24 hour period.

You can check if your car is affected by visiting their website here: https://tfl.gov.uk/modes/driving/check-your-vehicle-35896?intcmp=35896

Where does ULEZ operate?

The ULEZ currently covers the same area as the existing Congestion Charge Zone. However, there are also plans to extend the ULEZ across the capital, which will come into force in October 20121.

When does it operate?

The ULEZ operates 24 hours a day, 7 days a week, all year round.

Interestingly, the Mayor’s public consultation on ULEZ received 18,000 respondents with nearly 60 per cent (11,041) strongly supporting the principle of ULEZ.

They are planning to extend the ULEZ to the whole area within the North and South Circular from October 2021 and that may prove more controversial and will affect considerably more people.

Londoners will repeat the benefits

The ULEZ hopes to reduce exhaust emissions of nitrogen oxide by up to 45 per cent, improving air quality for millions of people in London.

These improvements will particularly benefit the vulnerable, such as children and older people, as well those with respiratory problems such as asthma, plus those who live in areas of high pollution areas.

To read our article about how to manage an asthma attack click here: https://firstaidforlife.org.uk/asthma-how-to-help-in-an-asthma-attack/

This international protest group campaigns on environmental issues and are urging the government to act immediately to avoid a climate emergency, are gaining support as public concern about the environment, including air pollution increases.

In fact, the Extinction Rebellion website suggests over 50% of the human addition of carbon to the atmosphere through the burning of fossil fuels has occurred in the last 25 years.

Ironically, Extinction Rebellion’s recent protests in London, which saw them blocking major roads and routes through London, had a brief, but extremely positive impact on improving the capital’s air quality, according to a study by King’s College London.

Pollution fighting bus stops have been trialled by air cleaning technology firm, Airlabs. Fitted at three London bus stops, these air filters removed up to 97% of nitrogen dioxide in highly-polluted central London locations. This enabled commuters to breathe easily whilst waiting for the bus.

Sophie Power, co-founder of Airlabs, which aims to find solutions to the poor air problem said: “Currently, 3.8 million people – 44% of the city’s working population – work in parts of London which are above the legal limits for NO2.’

Look at the air pollution forecasts every day:

Check here for pollution levels across the UK here:

If you walk or cycle to work you could consider using an anti pollution face mask which is able to filter more than 95 per cent of airborne particles. This includes smaller particles in polluted air such as dust, dirt, soot, and smoke. These finer particles are thought to be are responsible for the adverse health effects experienced in major cities,

Those most at risk from the polluted air – young children, those exercising outdoors, people with asthma – can invest in personal air sensors to alert them to pockets of pollution. These handheld sensors monitor exposure to the three most harmful pollutants – volatile compounds, airborne particulates and nitrogen oxides.  The sensors are connected to a mobile app that creates pollution maps. Data collected to create these maps include influencing factors such as wind flow, temperature and other variables to forecast pollution hotspots. These maps will allow parents to make informed choices to keep their children indoors or those suffering from lung conditions to adapt their plans.

Indoor Pollution, what causes it and how to avoid it

We all know to be wary of pollution outside of the home, but the air quality inside the home is even more important. We spend 90% of our time indoors so ensuring good indoor air quality is essential, particularly for those with breathing issues such as asthma or lung conditions such as Chronic Obstructive Pulmonary Diseases (COPD) or pneumonia. Poor air quality in the home can also increase your risk of stroke and heart disease.

Indoor air pollution can be fatal

Children are at risk

Children whose lungs are still developing are also particularly vulnerable to air quality, as are those with compromised immune systems. Poor air quality in the home can also increase your risk of stroke and heart disease.

Additionally, a WHO report claims 9% of the deaths attributed to the joint effects of ambient and household air pollution in 2016 were children under 15. 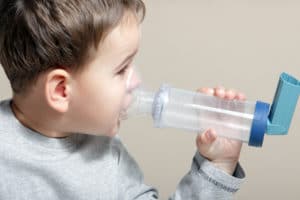 Read our article on how to help someone who is having an asthma attack here: https://firstaidforlife.org.uk/asthma-how-to-help-in-an-asthma-attack/

Indoor air pollution is affected by many factors. You may already be aware of heating, cooking, cleaning, smoking, and perfumes as sources of indoor pollutants.Other key factors are: drying clothes on radiators, burning wood and coal in the home, lighting scented candles and incense, dust mites and smoking indoors. 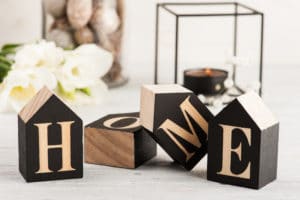 Simple tips for improving the quality of the air indoors

In the home in general

Keep all areas clean and dry as possible. Open windows for 5-10 minutes daily.

Wipe down wet windowsills to remove condensation. Condensation can lead to mould and fungi to grow.

If you light scented candles, make sure you don’t light them in a confined space.

When showering, use an extractor fan to remove moisture from the air. Or open a window. Keep the door shut to limit the spread of damp air.

In damp bathrooms keep surfaces clean. Surfaces with soap scum or grease can be fertile breeding grounds for mould spores.

Deal with any mould in the home. Check for and rectify any water leaks in bathrooms, kitchens and the hot water tank.

When cooking use an extractor fan or open a window. Keep lids on saucepans when cooking.

In the kitchen, keep an eye out for mould in refrigerator drip pans, washing machine door seals, and dustbins.

Check your flues are working well and get your chimney swept regularly to enable smoke and pollution particles to leave the room.

Keep the room temperature in the home stable. The recommended temperature is 18 degrees. High humidity can keep the air moist provides perfect conditions for mould to thrive.

Switching home cleaning products, paints, fragrance, candles and air fresheners to eco-friendly or natural alternatives, is the best way to keep the pollution in the home low.

The protection of plants

Keeping healthy plants around your home will help manage carbon dioxide levels up to 25% in a building without air conditioning. Any medium plant (above 20 centimetres in size) will have a significant impact on improving air quality. Palms are the clear winner for reducing CO2 levels.

If you have a long-term lung issue, consider investing in an indoor air quality sensor. This will tell you the air temperature, relative humidity, the levels of *VOC’s, dust particles and carbon monoxide.

New specialist wound unit spells hope for those previously scarred for life
Coronavirus: Everything You Should Know about Medical Masks
How to recognise and treat mumps, measles, scarlet fever and hand foot and mouth