Everything you need to know about cervical screening 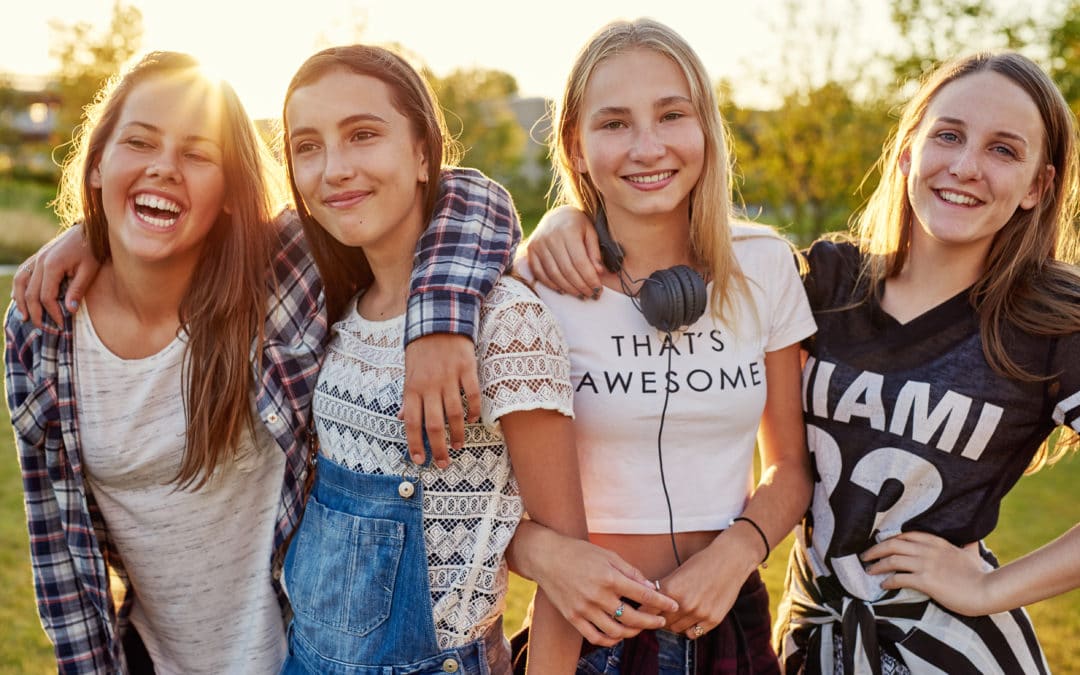 Cervical Screening Awareness Week aims to highlight the importance of regular cervical screening for women’s health. It’s an annual event and is organised by Jo’s Trust, a charity dedicated to women affected by cervical cancer or abnormalities.

Cervical cancer is one of the most deadly but most preventable forms of cancer in women. It is the most common cancer in women under 35.  It kills two women every day in the UK.

However, regular cervical screening appointments can prevent up to 75% of instances of cervical cancer. Furthermore, a considerable 5000 lives are saved per year, thanks to screening and early treatment.

It detects cell changes, which left untreated, could later develop into cancer.

It’s not a test for cancer – it’s a test to help prevent cancer.

About 1 in 20 people will have an abnormal result after cervical screening – about 220,000 women every year.

Put simply, this is a life-saving test.

Why don’t 25% of women respond to their screening invitation

Despite this, many women are reluctant to have this screening test. In fact a quarter of women do not respond to their screening invitation.

And this figure increases to 1 in 3 when looking at the 25 to 29-year-age group.

In fact, recent NHS figures show attendance has plummeted to 71%. This suggests about three million women across England haven’t had a smear test for at least three and a half years.

Furthermore, screening rates are at their lowest for about 20 years and Public Health England are ‘concerned’ by this fall.

It seems may women feel embarrassment about taking the test.  This was confirmed by a survey of more than 2000 women in the UK by the charity Jo’s Cervical Cancer Trust. The survey results revealed that out of the 2000 women 900 had either delayed or not attended screening – with 81% of them citing embarrassment as the reason.

The survey found that women were worried about their body shape, the shape of their vulva, and their odour being ‘normal.’ Others admitted they wouldn’t attend a screening test because they hadn’t waxed or shaved their bikini area.

Others cited reasons such as not knowing where to get the test, that it was too hard to make an appointment or they didn’t want to take time off work or miss the gym. Some of the non-attenders admitted they would rather just not know if something was wrong.

The survey also highlighted a lack of understanding about the role of screening with:

24% believed they weren’t at risk because they were healthy

17% thought smears were important but couldn’t say why

Despite these reasons cited for not attending a cervical screening appointment, almost all of the women in the survey – 94% – claimed they would have a free test to prevent cancer if it was available.

The campaign in 2009 led by the late Jade Goody –the TV star who died 10 years ago from cervical cancer aged 27 – increased numbers attendance by around 400,000 women. However, participation rates have fallen back since.

Tests which are not invasive and don’t require a physical test with a speculum are being trialled. One trial found urine testing was as good at detecting a virus called HPV –which is a big risk factor for the cancer.

Researchers at the University of Manchester asked 104 women attending a colposcopy clinic to try the urine test. The results showed it performed just as well as conventional smears for detecting high-risk HPV. Researchers hope that the simple and discreet urine test may significantly increase participation rates for screening. However, larger trials will be needed before the test is recommended by the NHS.

What does a smear test do?

A smear test checks the health of your cervix.

The cervix is the opening to your womb from your vagina.

During the screening appointment, a small sample of cells will be taken from your cervix which is tested for any changes.

If there are any abnormal cell changes in your cervix – left untreated, could turn into cancer. However, early monitoring and treatment can mean they don’t get a chance to turn into cervical cancer.

Human papillomavirus (HPV) is the name for a very common group of viruses.

You can get it from any kind of skin-to-skin contact of the genital area, not just from penetrative sex.

Most people will get some type of HPV during their lives. Some types of HPV can lead to cell changes in your cervix and cancer. Nearly all cervical cancers – 99% – are caused by infection with certain types of HPV.

Since 2008, the HPV vaccine has been offered to girls aged 11 to 13 and reported cases of HPV have fallen sharply since then.

Currently 85% of eligible girls are immunised and HPV vaccine rates in England are among the world’s highest.

A new HPV vaccine is also expected to be introduced which should have a 90% success rate – up from 70% for the current vaccine. Researchers believe women treated with this new HPV vaccine will only need two smear tests in their lifetime.

Of the 900 deaths per year Public Health England says almost all of them are older women who did not benefit from the HPV vaccination programme.

Who needs to have the cervical screening and how often?

All women and people with a cervix aged 25 to 64 should be invited by letter.

When cervical screening is not considered necessary

Do I need cervical screening if I’ve never had sex?

If you’ve never had any kind of sexual contact with a man or woman your risk of developing cervical cancer is very low. Therefore, if you’ve never been sexually active you could choose not to be screened when you are invited.  But you can still have a test if you want one.

However cervical screening is still recommended and you are still at risk of cervical cancer:

However don’t wait for your cervical screening invite if you

It is possible you may have some light bleeding or spotting after your cervical screening. This is common and should stop within a few hours.

What you can do to prepare for the test

The test itself should take less than 5 minutes. The whole appointment should take about 10 minutes.

1) You’ll need to remove all clothing from the waist down. This is done behind a screen.

2) The nurse will ask you to lie back on a bed, with a sheet over you.

3) Although you may need to change position during the test its usually with your legs bent, feet together and knees apart. Do talk to your nurses about finding a more comfortable position. Some people find it easier lying on their side hugging their knees to their chest.

4) Using a small amount of lubricant, the nurse will gently put a smooth, tube-shaped tool called a speculum into your vagina. The speculum is then opened so the nurse can see your cervix.

5) A soft brush is used to take a small sample of cells from your cervix.

6) The speculum is removed and you can get dressed again.

Results arrive generally by letter, usually in about 2 weeks.

However, sometimes you may be asked to call your GP surgery to get the results.

Try not to worry if there is a delay in your results arriving – most people will have a normal result.

Normal result: Most people will have a normal result – you don’t need further tests and your next screening invite will be in three or five years

Inadequate result: Sometimes the results couldn’t be read properly so although you’ll be asked to come back in 3 months to have the test again.

Abnormal result: You may need any of the following and your letter should make it clear which course of action you need:

An abnormal result may show borderline or low-grade cell changes. These changes are very close to being normal and may disappear without treatment.

However, in some areas of England and in Northern Ireland, your sample will additionally be tested for high-risk human papillomavirus (HPV) if these cell changes are seen.

Your letter will tell you what to do:

If no HPV is found, you can go back to routine screening and you’ll be invited for screening again in 3 or 5 years.

If HPV is found, you will be invited to colposcopy where an expert will take a closer look at your cervix.

Or an abnormal result may show high-grade (moderate or severe) dyskaryosis. This means you will be invited to colposcopy, where an expert will take a closer look at your cervix.

Dyskaryosis refers to the change of appearance in cells that cover the surface of the cervix.

If you live in an area where your sample is first tested for high-risk HPV:

HPV result unavailable or unreliable: This means that a true result could not be given and you will probably need to have the test repeated after three months.

No HPV found (HPV negative): If you don’t have high-risk HPV, your sample won’t be tested for cell changes  – abnormalities – as it is very unlikely you would have or develop them. You will be invited for cervical screening again in 3 or 5 years, depending on your age.

HPV found (HPV positive) but inadequate: You usually you need to repeat the test after 3 months because the first one couldn’t be read properly. This may be because the sample didn’t have enough cells, or the cells could not be properly seen.

HPV found (HPV positive) but no cell changes found: Your immune system usually gets rid of HPV. You will be invited for cervical screening again in 1 year, to check that the HPV is gone.

If you have 3 HPV positive results in a row, you will be invited to colposcopy.

HPV found (HPV positive) and cell changes found: Changes to the cells may be: borderline or low-grade changes (dyskaryosis) or moderate or severe (high-grade) dyskaryosis.

What is a colonoscopy?

If you results show you need a colposcopy – this is a simple procedure to look at your cervix – similar to having cervical screening – but it’s carried out in hospital.

If abnormal cells are found and you need treatment, there are some risks, such as:

A positive HPV result does not mean your partner has had sex with someone else. You could have HPV even if you have not been sexually active or had a new partner for many years.

The costs to the NHS

As well as the cost to our health and wellbeing in not attending cervical screening, Jo’s Cervical Cancer Trust https://www.jostrust.org.uk

If you’re not sure whether to have cervical screening, talk to your GP or nurse.

For more information about being invited for cervical screening, getting your results and opting out, you can contact the Public Health England (PHE) screening helpdesk by: calling the helpdesk on 020 3682 0890 or

Written by Emma Hammett, CEO of First Aid for Life

Book a first aid course now – the skills you learn could equip you with the knowledge to save your child’s life! https://www.firstaidforlife.org.uk

First Aid for Life is a multi-award-winning fully regulated and Ofqual approved first aid training company. www.onlinefirstaid.com are the leading UK online first aid training providers to allow you to learn these vital skills when it suits you