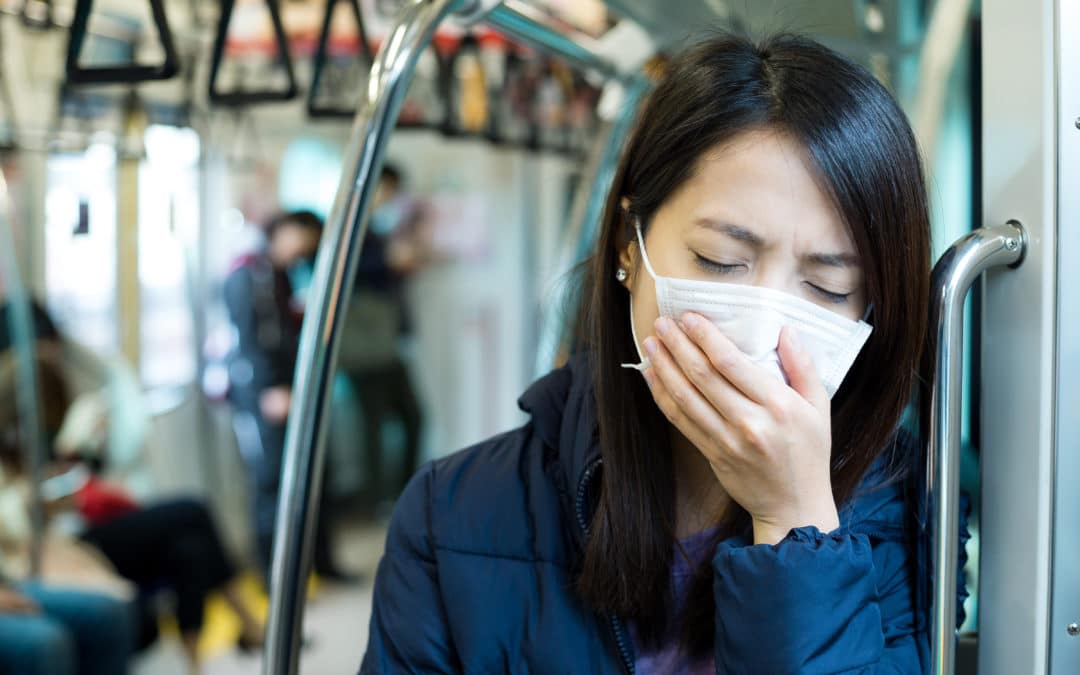 Novel Coronavirus (covid19)– all you need to know; including how to recognise if you have caught it and what to do. 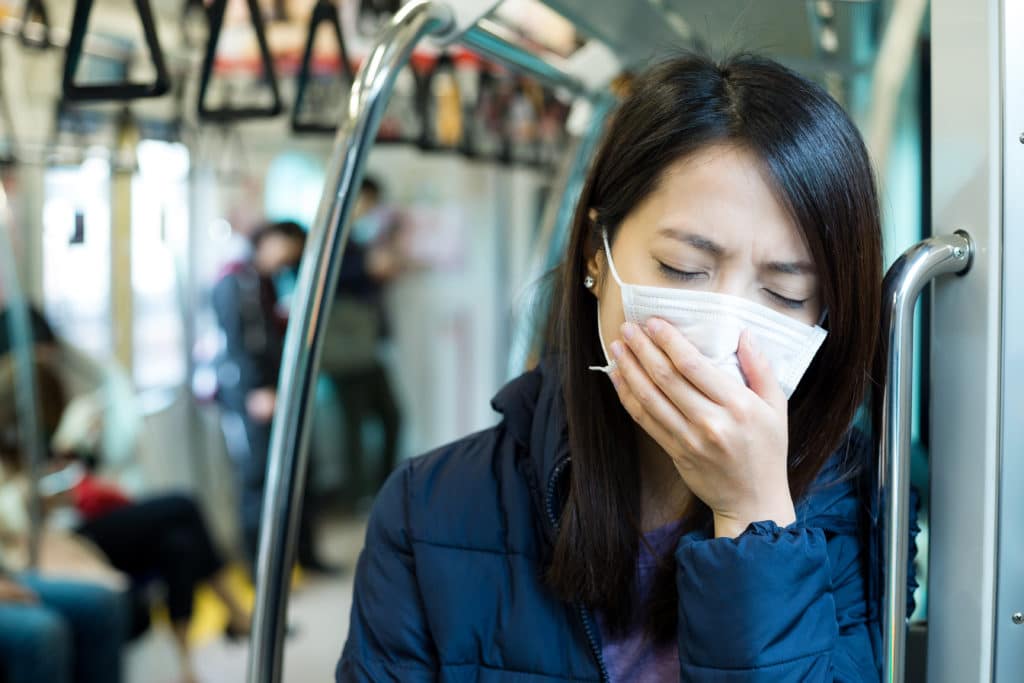 The Novel Coronavirus  (covid 19) is a highly virulent virus, originally located in Wuhan in the Hubei province of China.  The virus has been swift to spread and has resulted in many deaths from pneumonia. The timing for this outbreak was particularly difficult as it occurred at the start of the Lunar new year celebrations, when many Chinese people travel to join friends and family. The Chinese were swift to act to try and contain the virus. They put most of the province in lock down and restricted travel and congregations of people as much as they could. They were also extremely quick to share the genetic make up of the virus to enable the rest of the world to begin developing specific screening and start working on potential vaccines.

What do we know about the Novel Coronavirus so far?

The new virus is a close relative of SARS (severe acute respiratory syndrome), which first emerged in China in 2002 and resulted in more than 800 deaths. Much was learnt from the SARS outbreak,  which brought trade and travel to a halt for over 6 months and crippled the global economy. Initially the Chinese authorities hushed up and downplayed SARS, which enabled it to have such an international impact. Consequently, the Chinese acted fast and hard to try and contain this latest viral outbreak. However, it quickly took hold and managed to bring the whole of China to a halt.

Is this a pandemic?

China placed Hubei province in lock-down. However, the virus has a 3-7 day incubation period and people are possibly contagious for up to 14 days. It is therefore extremely difficult to contain the spread.  As of 25th January there were 41 deaths in China, with a total of over 1,300 individuals known to have been infected. By 26th January there were 51 deaths, with the cases of infection accelerating.

By 31st January 9,900 people were infected with the novel Coronavirus. This is more than the 8000 people affected by SARS in the 6 months it terrorised the world. On the 30th January the WHO declared a Global Health Emergency. By 2nd February there were 305 people dead, including the first person outside China (in the Philippines). There were now 14,300 people infected in over 25 countries worldwide. On the 3rd February the death toll reached at least 362 with over 17,300 worldwide.

On 31st January the first two cases tested positive in the UK. They were caught early, so it was hopeful that the outbreak had been contained. On the 7th February a man from Brighton who had been on a conference in Singapore tested positive and was quarantined in St Thomas’s hospital. Someone who had been in contact with him was also on a skiing holiday in France, the family they were with was also infected.  On 3rd February, it was reported that a further Britain was evacuated from Wuhan had become ill on their way to quarantine.

By the morning of the 4th February 425 people had died in China and over 20,000 had tested positive. A cruise-liner off the coast of Japan was quarantined with all the passengers on board and a total of 60 passengers tested positive. Including one Britain. On the 9th February, the remaining passengers were declared clear and repatriation began.

Hong Kong declared a health emergency and closed schools. Hong Kong also suspended all flights and train services to Wuhan and cancelled their Lunar New Year celebrations. The Hong Kong Marathon, originally scheduled for early February, has also been cancelled. On 3rd February Hong Kong closed most of their borders with mainline China. This was prompted by their health workers going on strike. The health workers have vowed to remain on strike until all borders with mainline China have been shut.

On the 10th February the UK declared the Novel Coronavirus 2019 an imminent threat to public health.

On the 13th February China changed the way it categorised patients as having the virus to those with symptoms and a chest infection – this led to a soaring number of cases. We will never know the exact number of people infected. On the 13th and 14th February there was also a frightening surge in the number of deaths. After this surge, numbers within China appeared to begin stabilising and reducing. However this was not the case for the rest of the World.

On the 15th February the first person died of Coronavirus outside China. An elderly man in France. A cruise ship represented the container for the largest number of diagnosed cases outside China. Everyone was quarantined for weeks.

Chinese scientists have swiftly isolated the pathogen and shared details of it with the world, to enable other countries to prepare for a possible pandemic.

By the end of February Italy was the worst affected by the Coronavirus in Europe. By the 27th February they had 528 confirmed cases and 14 deaths. Four towns in northern Italy were quarantined. Much of the north of Italy, including Milan, were asked to shut restaurants and bars, universities and schools were closed and people were encouraged not to congregate.

In Iran there were 245 people infected and 26 deaths. Every continent in the world was affected by the virus by the middle of February.

Saudi Arabia announced a suspension of pilgrimages to Mecca and Medina in an attempt to control the viral spread.

How dangerous is the Novel Coronavirus?

The Coronavirus is so far exhibiting a 3% mortality rate. This is similar to the Spanish Influenza pandemic in 1918 which killed 3-5% of the World’s population. However it appears less virulent than the SARS virus with a mortality rate of 9.5% or Ebola at 70%. Unfortunately, because of the huge number of people affected the death rate continues to rise fast.

Currently we do not know just how virulent and dangerous this new virus is, sadly only time will tell.

Scientists are also keeping an eye on MERS, an even more destructive virus discovered in Saudi Arabia in 2012 – however, this currently appears to be less easily caught – only spread by close contact.

MERS, was originally transmitted from touching infected camels or consuming their meat or milk.

SARS was first reported in 2002 in southern China (no new cases have been reported since 2004) and is thought to have spread from bats that infected civets.

The new coronavirus was likely initially transmitted from touching or eating infected animals or snakes in Wuhan. The virus then mutated to become a human disease.

What is the Novel Coronavirus?

Coronaviruses belong to a family of viruses that are responsible for a variety of respiratory illnesses, including the common cold. The Centre for Disease Control and Prevention (CDC) estimate that the majority of people will be infected with some form of coronavirus during their lifetime, but for most people, symptoms are generally relatively mild. However, the viruses can lead to respiratory complications such as pneumonia, which can make someone seriously ill and kill them.

Coronaviruses are common amongst animals worldwide. Occasionally, coronaviruses mutate and spread from animals to humans. This is what happened with MERS and SARS, both of which are coronaviruses known to cause more severe symptoms in humans.

According to the Journal of Medical Virology, scientists currently think this outbreak may have mutated from a virus known in snakes. This is yet to be confirmed. The virus is thought to be a mutation from an animal virus and it was originally contracted by people who had visited a local seafood and animal market in Wuhan.

Signs and symptoms – could I have the Coronavirus?

If you have been in contact with someone with the virus and have contracted it – you are likely to be contagious even before you are showing symptoms. The incubation period is thought to be up to 2 weeks.

Symptoms of the new coronavirus include flu-like symptoms such as fever, dry cough, sneezing, weakness, malaise and difficulty breathing.

Generally, most sufferers do not experience upper respiratory tract symptoms like a blocked or runny nose.  It is possible that they may experience diarrhoea. https://www.thelancet.com/journals/lancet/article/PIIS0140-6736(20)30154-9/fulltext

What is the treatment?

There are no specific medicinal treatments for coronavirus infections and most people will recover on their own. However, the Chinese authorities in Wuhan are currently building two 1,000 bed hospitals to isolate patients and treat those experiencing severe respiratory complications.

For most sufferers – treatment involves rest and over the counter medication to relieve symptoms.

Increase fluids and rest but if you are worried about your symptoms, you should seek advice from a healthcare provider.

Do not go to your GP Practice or A&E – but isolate yourself at home and phone for advice.

The authorities will arrange to treat you without you posing an infection risk to other people.

There is currently no vaccine or treatment for the new coronavirus, but companies are currently working to develop these.

Until recently, patients who have died from the infection have been older, or with pre-existing conditions. However, a younger healthy man of just 36, has just died from the virus in Wuhan, thereby alerting health authorities that the virus could prove a major threat to the population.  The virus can affect all ages, although far fewer children appear to be infected.

How to prevent the virus spreading

Currently it is thought that the virus is most easily caught by eating infected animal meat.

However, it is thought it is highly contagious and can be passed from human to human in the following ways:

—close personal contact (touching or shaking hands with someone with the virus on their hands);

—touching an object or surface with viral particles on it (then touching your mouth, nose or eyes before washing your hands);

—and possibly from faecal contamination.

Therefore, the easiest way to prevent spread, is by good personal hygiene. Covering your mouth and nose if you cough or sneeze – or wearing face masks and ensuring you are vigilant about regularly washing your hands or using sanitising hand gels.

Face masks will provide limited protection in preventing someone infected from spreading the virus, but only whilst the mask is dry. As soon as the mask is wet it is useless. Touching an infected mask can also transmit the infection.

Containing the virus and preventing it spreading:

The Chinese government has stopped most of the travel to and from Wuhan as well as 12 other nearby cities. This containment is likely to affect around 35 million people.

Airports worldwide are screening travellers from China and isolating any showing signs of a fever or raised temperature.

Anyone who thinks they may have contracted the virus is urged to obtain medical advice over the phone and be honest about your concerns. The health professionals will ensure you get the most appropriate care and support without risking spreading the virus to others.

I recently discussed the Novel Coronavirus live on talkRadio with Eamonn Holmes, click here to listen! Award-winning first aid training tailored to your needs – Please visit our site and learn more about our practical and online courses. It is vital to keep your skills current and refreshed.

Preventing accidents – How safe is your home?
First Aid for Burns - how to reduce pain and scarring
Essential preparation for festival season to have fun and stay safe