Grapefruit – the hidden danger at your breakfast table? 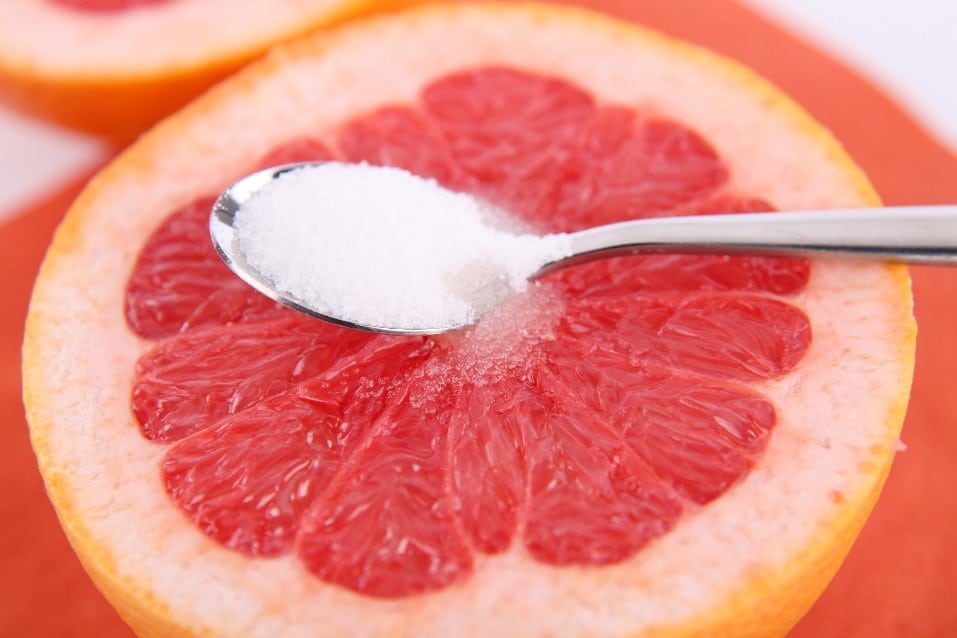 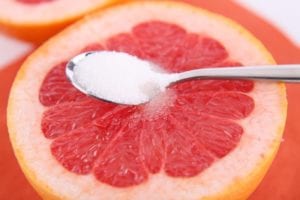 Have you ever seen the contraindication on your medication – Do not take this medicine with fruit juice – and wondered why? This article helps explain why the humble grapefruit, that popular and healthy breakfast choice, and other fruit juices should sadly sometimes be avoided.

This is because grapefruit juice and the grapefruit itself  can affect the metabolism of various medications which can result in extremely severe side effects.

Grapefruit can seriously affect the way your medicines work. This is especially true if you are taking some of these common medicines for high blood pressure, cardiac arrhythmia. In addition, it can affect a statin to reduce your cholesterol, or fexofenadine for allergies such as hay fever.

The extent of the interaction can be different depending on the person, the drug, and the amount of grapefruit juice you drink or fruit you eat.

Some people may not experience any problems with it at all.

Love grapefruit and don’t want to cut it out?

Grapefruit is a healthy option, packed full of Vitamin C. So before banishing your beloved grapefruit from the breakfast table, find out if there are any contraindications to drinking grapefruit juice while taking your medication. Your doctor, pharmacist or healthcare provider should be able to advise:

Or read the patient information leaflet that comes with your prescription drug to find out if grapefruit juice affects your drug.

Most commonly the presence of grapefruit juice leads to more of the medication being able to enter the blood stream. This can lead to an increase in possible side effects.

For example, if you drink a lot of grapefruit juice alongside certain statin drugs (used to lower cholesterol), too much of the drug can be released into your bloodstream and takes longer to metabolise, therefore remaining in your body for longer.

The higher dose in your bloodstream increases the risk for liver and muscle damage and can lead to kidney failure.

Grapefruit contains a compound called furanocoumarin which inhibits a vital enzyme in the small intestine responsible for breaking down nearly half of all medicines.

Many drugs are metabolised (broken down) with the help of a vital enzyme called cytochrome P450 3A4 (CYP3A4) in the small intestine.

The furanocoumarins within grapefruit frequently block the action of CYP3A4. Instead of being metabolised, more of the drug enters the blood and stays in the body longer.

The result: too much drug in your body for a longer period.

Affect varies from person to person

The amount of the CYP3A4 enzyme in the intestine varies from person to person. Some people have a lot of enzymes and others just a little.

Therefore, grapefruit juice may affect people differently even when taking the same medication.

It doesn’t take much grapefruit juice to boost the levels of drugs that are susceptible.

Just a single glass can make a difference

A single glass of juice can reduce the production of the intestinal enzyme that regulates absorption by up to 47%.

The furanocoumarins take a while to be removed from your system and so a third of their impact is still evident after 24 hours.

It will therefore have a continuing effect on the potency of your medication.

Other fruits to avoid

Seville oranges (often used to make orange marmalade), pomelos, and tangelos (a cross between tangerines and grapefruit) often have the same effect as grapefruit juice.

Avoid these fruits if your medicine interacts with grapefruit juice.

Furanocoumarins are not present in varieties of sweet orange, such as naval or Valencia oranges and so these could be an alternative option for you.

Grapefruit can work both ways. Sometimes it blocks the metabolism and allows too much of the drug to enter the bloodstream. Sometimes it has the opposite effect and with some medication it reduces the amount of drug in the blood stream.

For example, with Fexofenadine (commonly taken for allergies); grapefruit juice can cause less fexofenadine to enter the blood, decreasing the potency of the medication and how well it works.

Fexofenadine is also affected by orange or apple juice, so the drug label states “do not take with fruit juices.”

This opposite effect is caused by grapefruit juice affecting specific proteins in the body known as drug transporters. These proteins help move drugs into our cells for absorption. If the drug transporters are affected by the fruit juice, then less of the drug will enter the blood and the drug is not likely to be as effective.

How grapefruit juice can affect some medication

When drugs are swallowed, they are usually metabolised by enzymes and/or absorbed using transporters in cells found in the small intestine. Grapefruit juice can cause problems with these enzymes and transporters, causing too much or too little drug in the body. 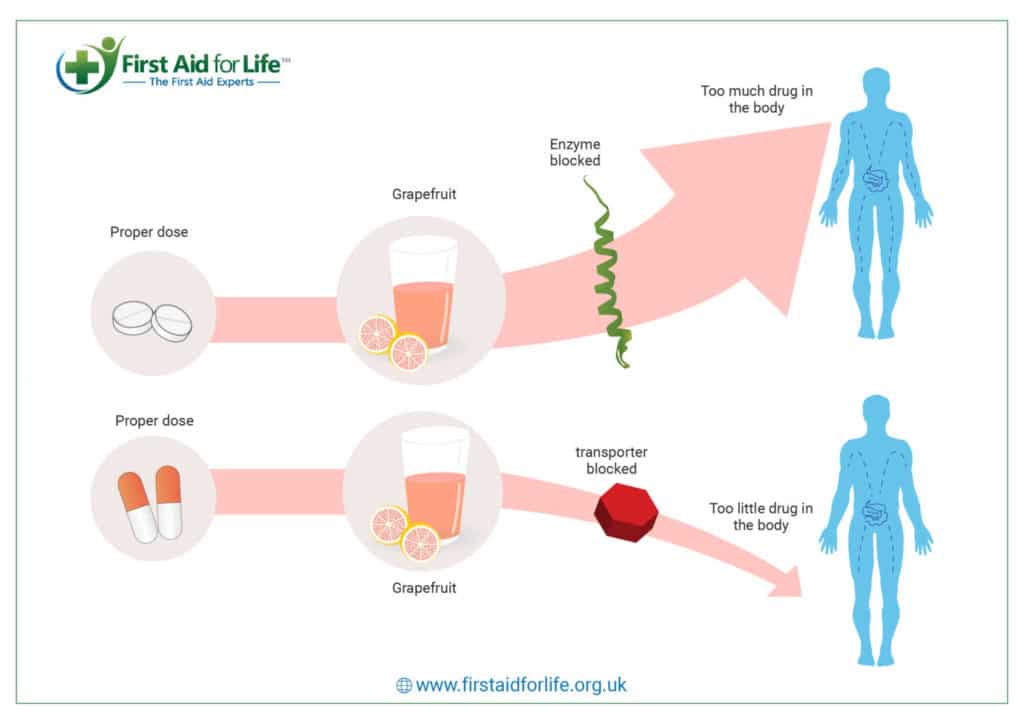 Some drugs are broken down by a specific enzyme CYP3A4. Grapefruit juice can block the action of this enzyme. This leads to an increase in the amount of drug in the body and can cause more side effects.

Grapefruit juice blocks the action of these transporters, decreasing the amount of drug in the bloodstream. This means the drug does not work as well.

The Checklist of Medication

Check whether your medication is on this list of common drugs that grapefruit juice may interact with:

Why bank holidays are so dangerous and 14 tips for safe DIY!
Preventing accidents – How safe is your home?
Invaluable tech solutions that could help older people stay safer and more independent for longer