Outbreak of toxic OPM Caterpillars in London and the South East 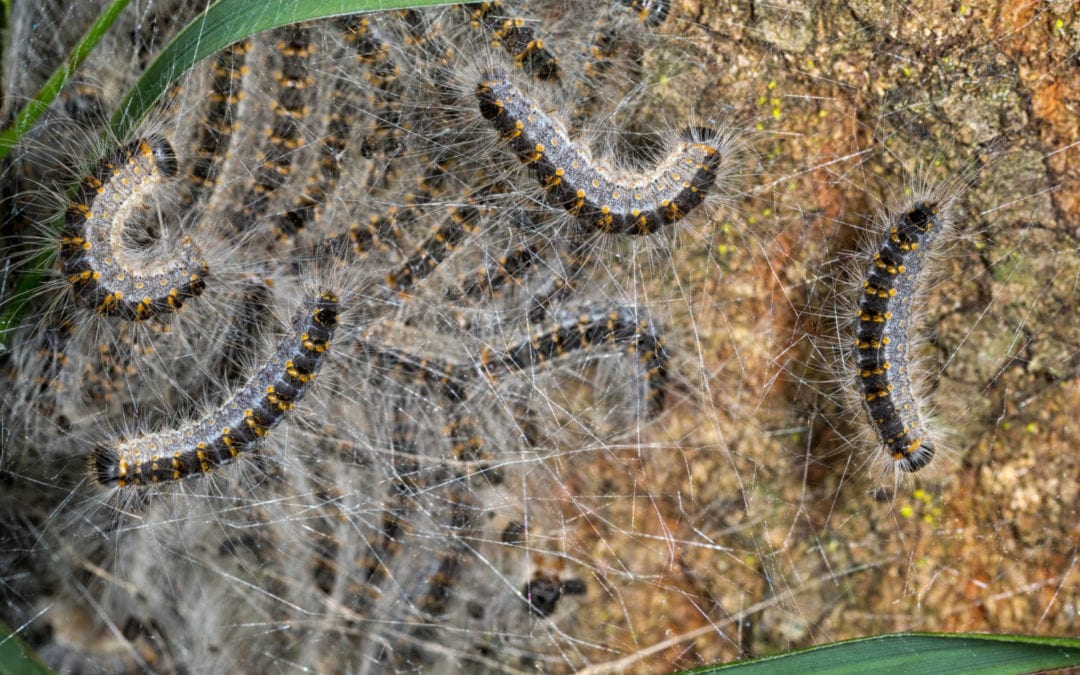 People living in London and the South East are being warned to look out for toxic Oak Processionary Moth (OPM) caterpillars.  These caterpillars can cause eye irritation, skin rashes and vomiting, as well as possibly triggering extreme, and possibly fatal, asthma attacks.  After a recent influx of these caterpillars, several gardeners have reported becoming very unwell, having unknowingly worked near an infestation. The Forestry Commission is warning gardeners and those who walk in woods and forests to keep their eyes peeled for OPM caterpillars and their nests, as they have now been seen all across Greater London, as well as further afield.  Kingston upon Thames and Brent have been badly affected and infestations have also been noted in Bracknell Forest, Slough and Guildford.

Speaking about the outbreak, a spokesman for the Forestry Commission said: “Our trees in London, Surrey and other parts of the South East are under attack from an unlikely source.  This means we need to contain the pests’ numbers and spread as much as we can and protect ourselves and our animals.” 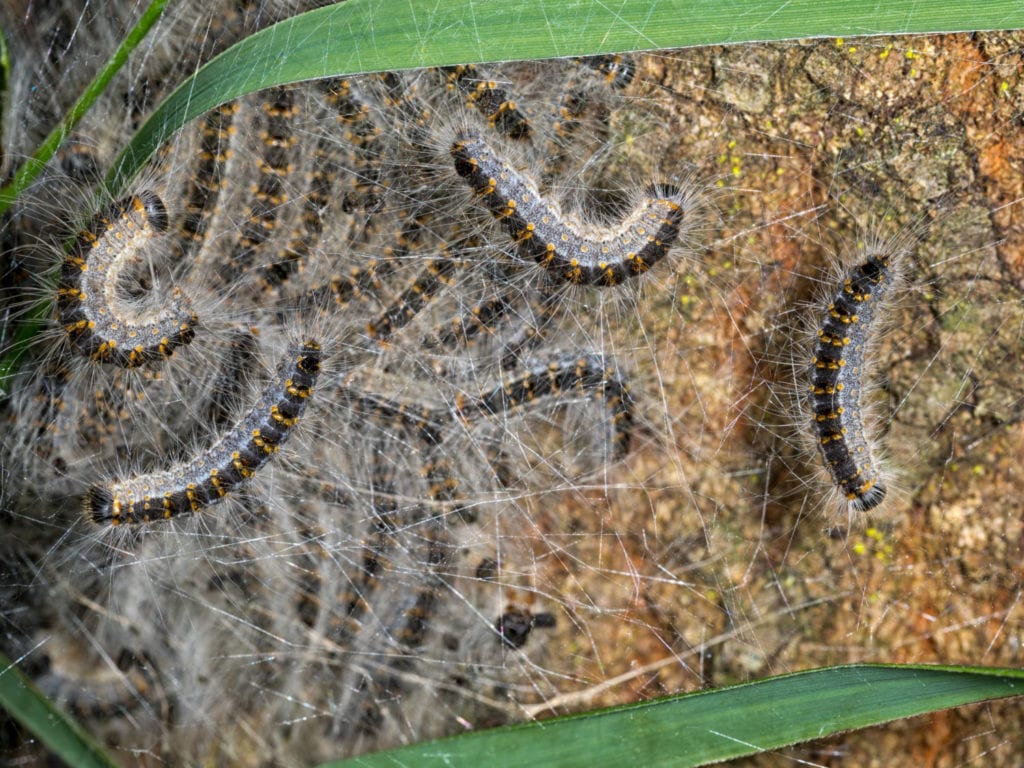 How to identify OPM caterpillars:

The OPM caterpillars were first spotted in mid-April.  Currently there is a programme of treatment being carried out by the Forestry Commission to eradicate the larvae, before they get too big to be killed. 600 oak trees will be treated to try to contain the problem.  The Forestry Commission have stated:  “The treatment programme is expected to continue until late May or early June”.  The spokesman continued: “After that the caterpillars will be too large to be affected by our preferred treatment product.”

OPM caterpillars have approximately 62,000 hairs.  These hair follicles contain protein that can cause serious allergic reactions. The caterpillars shed these hairs, but they can then remain active on the ground for up to five years.  The hairs also remain in the oak tree nests.  The hairs start out white, but discolor over time, which makes them harder and harder to spot.

The Forestry Commision are issuing the following guidelines on precautions to minimize health risks:

They are also asking members if the general public to report any sightings of OPM caterpillars on their website at https://www.forestry.gov.uk/treealert

Do continue to enjoy your walks – but remember to keep your eyes peeled!

Grapefruit - the hidden danger at your breakfast table?
How to Phone an Ambulance

Thanks! Please check your email to find out how to log in and get started. It may take up to 2-3minutes to arrive.